Vinayaka Chavithi, The great Ganesh festival, also known as Vinayak Chaturthi or Ganesha Chaturthi is celebrated by Hindus around the world as the birthday of Lord Ganesha. Vinayaka Chavithi is on Monday 9 September in 2013. Ganesh Chaturthi is celebrated in the month of Bhadrapada (According to Hindu calendar), starting on the Shukla Paksha Chaturthi. Vinayaka Chavithi is Dedicated to Lord Ganesha the God of wealth, wisdom and learning. Lord Ganesha occupies a very prominent position in the Hindu Mythology. Before worshiping any God or Goddess, one should seek the blessing of Lord Ganesha. All the new undertakings, whether at place of work or at home, start by reciting the mantra of Lord Ganesha. He is known as the God of good luck and prosperity. It falls in the Hindu lunar month of Bhadra and lasts over a period of ten days. 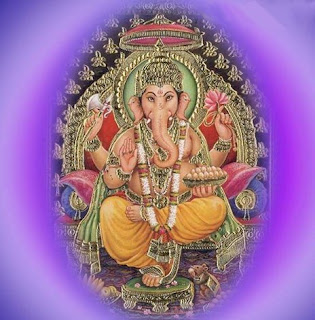 The people buy new clay statues of Lord Ganesha, along with 21 types of leaves they are Uttareni, Jiledu, maddi, raavi, ganneru, adavi molla, mamidi, jagi malle, tulasi, umetta, danimma, garika (grass), devadaru, regu, maredu, vakudu, maruvam, maachi patri, vishnu kranthi, jammi, vavili on the day of Vinayaka Chavithi. Prepares pindi vantalu with rice flour as 21 small balls called undrallu, 21 small rounds called kudumulu, and two rats. They prepare payasam with sugar. The people clean and decorate their houses to place statue of Lord Ganesha at north side. First they place a leave on that pour some rice then place the statue of lord ganesh. After placing the the total family members sit in front and perform the puja. The place of the worship is specially decorated with flowers. Vinayaka Chavithi pooja is continued upto 3 to 12 days. The last day of pooja Nimarjanam will be observed.