Bhishma Ekadashi is observed in the Magha Masa which will come during the January and February.
Bhishma Ekadashi 2013 date is on Thursday, 21st February. On this day people will observe fasting like other Ekadashi's. 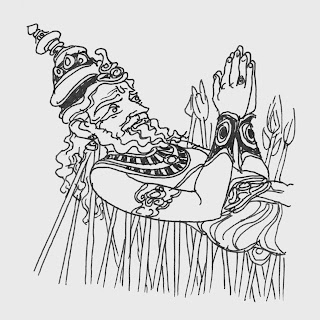 Shantanava is the king of Bharat Kandh. Bhisma is the son of the King Shantanava and Ganga Devi. Actual name of the Bhishma was Devavratha and another name of him Gangeya beacuse he his the son of the Ganga Devi. As he made a promise (Bheeshna Pratigna) to his father that he never marry in his life because of his fathers marriage. After the promise Narada Maharshi named him as Bhisma. In favor of Bhisma's promise his father gave boon that Bhisma's death is on his own hands. After the fathers death bhishma decided to do marriage of his brother Vichitra Virya. For that Bhishma selected the daughters of Kasi Raju they are Amba, Ambika and Ambalika. But Amba she want to marry other king. So, Bhishma Sent her back to the king. But king rejected her then she came back to Bhisma to marry her. then bhishma said as he promised to not marry so he said no. Then Amba went to Parushurama for help but she didn't get. After that Amba prayed for years to Lord Shiva. And Shiva asked for her wish she asked to get death of bhishma because of her. Lord Shiva gave her the oath, In next birth she born as Shikandi. Shikandi was born as lady at young age she became man.
Bhisma brothers son's were Drutharastra and Pandu Raju. Bhishma is great grand father of the Pandava's sons of the Pandu Raju and Kaurava's sons of the Drutharastra.

Bhisma fights 9 days in Mahabharat war. On 9th day he will leave his arrows because of Shikandi. Who was born to kill Bhisma. When Bhisma was about to fall on earth Arjuna built Shayya. As Arjuna built with arrows it is called Ampa Shayya. Bhisma slept on Ampa Shayya until Uttarayana Kalam Ekadashi.
On this day, Vishnu Sahasranama Stotram was revealed to Pandava's by Bhishma in the presence of Lord Krishna.
As we believe that listening to Vishnu Sahasranama Stotram leads to Moksha.