Holi is on Wednesday March 27 in 2013. Holi festival is spirit of love and respect. This is a major festival of colors that is celebrated just at the beginning of the year. Holi is the festival celebrated all over the world and all religions and all ages.  Holi is the sign of happiness and celebration among all age of people like Children, younger and older. It is also called the Spring Festival as it marks the end of the winter, beginning of the spring season of joy and hope, promising of bright sunny days. Holi festival is celebrated on the full moon day in the month of Phalgun which falls in the month of March as per the Gregorian calendar. This symbolizes victory of good over evil.

Holi Festival is also known as Dolyatra (Doul Jatra) or Basanta-Utsav in West Bengal and Orissa of India. Also known as kamuni Purnima. The god of love, Kamadeva. The legend has it that Kamadeva shot his weapon at Shiva to help Parvati to marry Shiva by disrupting Shiva’s meditation. Shiva, disrupted from his meditation, opened his third eye and cause a gaze of which was so powerful that Kamadeva’s body was destroyed and reduced to ashes. For the sake of Rati, Kamadeva’s wife, Shiva restored Kamadeva as a mental image, representing the true emotional and spiritual state of love. 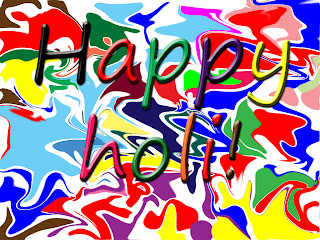 Another story behind Holi festival is the commemorates the victory of good over evil, brought about by the burning and destruction of the demoness named Holika. There was a demon king named Hiranyakashyap and commanded everybody in his kingdom to worship him. But his son, Prahlad, who was a passionate devotee of Lord Naarayana refused to worship his father. Hiranyakashyap tried several ways to kill Prahlad but Lord Vishnu saved his life every time. Finally, he asked his sister, Holika to enter a burning fire with Prahlad in her lap. Holika deceitfully persuaded young Prahlad to sit in her lap in the fire where she herself was burnt in the blistering heat as she was not aware that the boon worked only when she entered the fire alone. Legend has it that Holika had to pay the price of her evil desire with her life and Prahlad, who kept chanting the name of Lord Naarayana in the fire, came out unharmed. Therefore Holi is celebrated as a festival of victory of good over evil and as the triumph of a devotee.

Holi got its name as the "Festival of Colors" from Lord Krishna, who liked to play pranks on the village girls by drenching them in water and colors.