Khairatabad has a major road junction of five roads called the Khairatabad circle, among the busiest in Hyderabad city. The largest Lord Ganesh Idol in the world is installed at the Khairatabad State Library during the Ganesh Chaturthi festival and is immersed at Hussein Sagar lake. 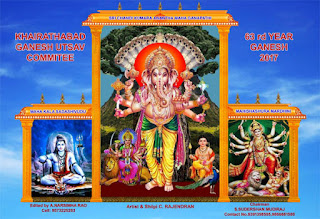 The animated Ganesh picture was released on 17th June 2017.