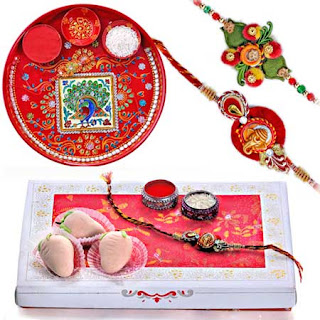 On the auspicious day of Raksha Bandhan sisters get up early, have a bath and then pray to Lord Ganesha and then perform the aarti of brothers, put tilak and tie a Rakhi on his wrist. Following which sweets and gifts are exchanged and there is happiness all around.

Rakhi festival is called narial purnima or coconut full moon and keralean people called the occasion as the avani avittam. Raksha Bandhan which is celbrated all over India and also world.