Apara Ekadashi is on Tuesday 4th June 2013. Ekadashi Fast is observed on the eleventh day of each lunar fortnight. Ekadashi that falls on the dark half of the month Jyestha is known as Apara and observing fasting on that day is called as Apara Ekadashi. Parana means breaking the fast. Ekadashi Parana is done after sunrise on next day of Ekadashi fast. Apara Ekadashi fasting is dedicated to Lord Vishnu. By keeping the fast of Apara Ekadashi and worshiping Bhagwan Vaman one becomes free from all sins and is honored in the adobe of Lord Vishnu. Reading and listening to this story bestows punyas equal to that of donating thousand cows. 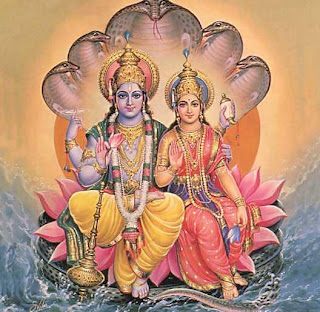 On the Auspious day of Apara Ekadashi devotes woke up early in the morning and finish their regular activities like bathing, cleaning etc. after that they prepare prasad for the God and observing fast on the day with chanting Narayan Mantra, Lord Vishnu Mantra and breaking the fast in the evening after the Sunset. In The Evening Devotes will take fruits and prasad that placed before the God.

Apara Ekadashi is also called as Achala Ekadashi. The Significance of Apara Ekadashi is described in the Brahmanda purana in a conversation between Lord Krishna and Maharaj Yudhisthira. Apara Ekadashi bestows immense punyas and destroys even the greatest sins. Any sins which have occurred in their daily life. Apara Ekadashi fasting brings punyas gained by one who baths at Prayag in Magh when Sun is situated in Makar Rashi, the religious merits attained by observing the vow of Shivaratri in Kashi, the punyas earned by offering pindadan at Gaya to satisfy the ancestors, the merits attained by bathing in the river Godavari when Jupiter is in Simha Rashi. bathing three times daily in Pushkara-kshetra during Kartika Masam (October-November). Apara Ekadashi fasting brings punyas like Visiting pilgrims at all holy places. The vrat of Apara Ekadashi removes any committed sins just as sunlight eliminates darkness. One who follows the vrat with full faith to God is freed from all attachments in this world.