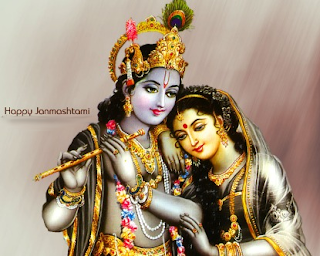 No grains should be consumed during Janmashtami fasting until the fast is broken on next day after Sunrise. Most of the time, Krishna Janmashtami is listed on two consecutive days. The first one is for Smarta Sampradaya and other one is for Vaishanava Sampradaya. International Society for Krishna Consciousness, commonly known as ISKCON is founded on the principles of Vaishnava traditions and most followers of the ISKCON are the followers of Vaishnavism.  Krishna Paksha (dark fortnight) of the month of Bhadrapada (August–September; However, in both traditions it is the same day. So, we have works like Vishnudharmottara Purana saying Krishna Ashtami is in the Bhadrapada month and Skanda Purana stating that it falls in the month of Shravana) in the Hindu calendar. People with small kids make them dress up as little Krishna and Radha.